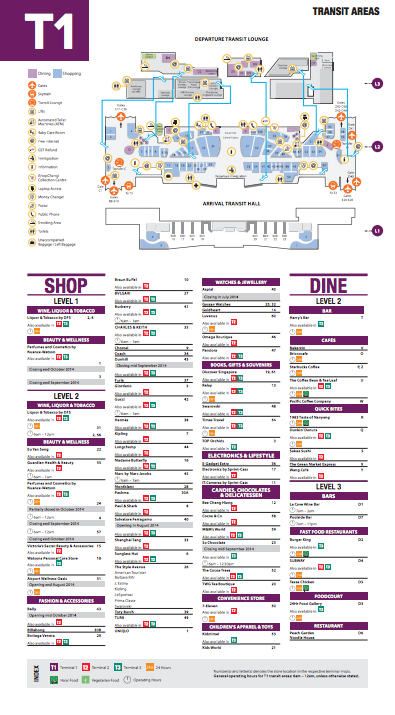 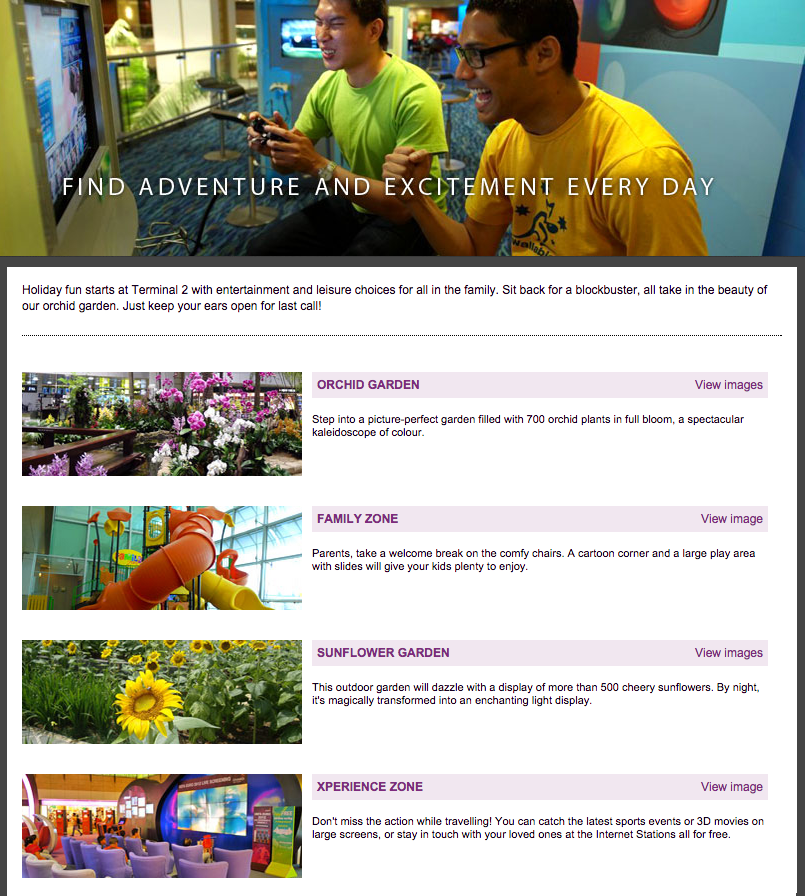 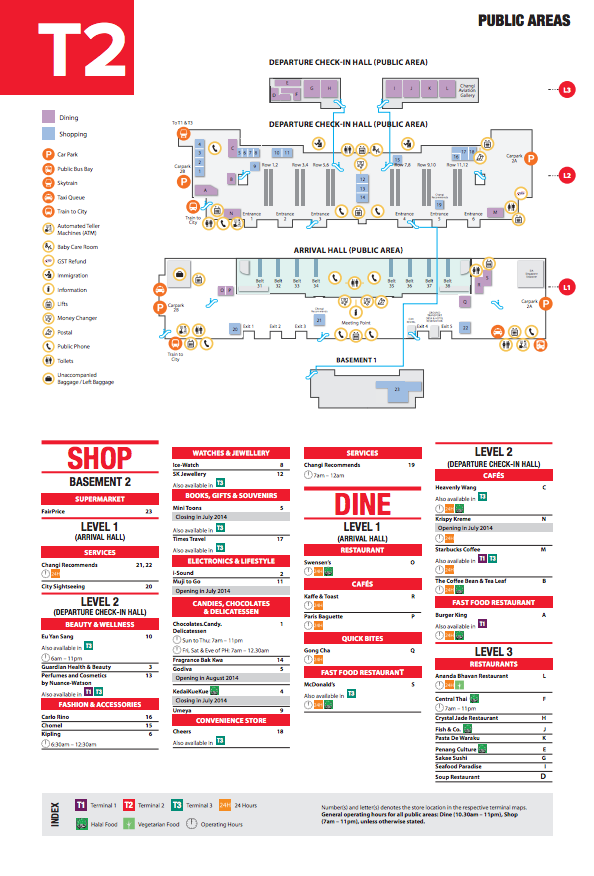 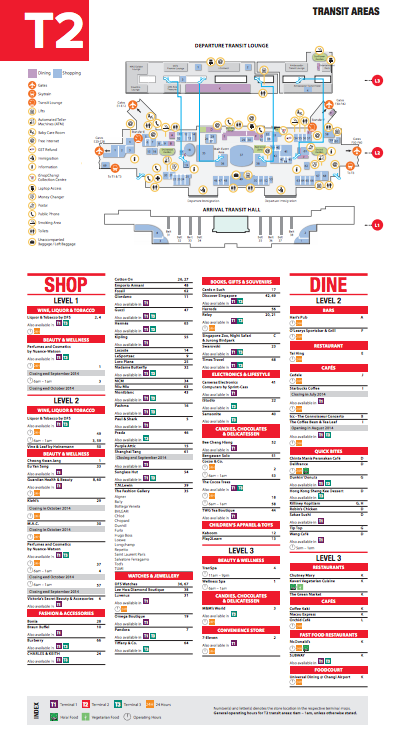 We have filled Terminal 3 with many ‘world’s firsts’, such as the Butterfly Garden or tallest indoor slide, and fun activities at our interactive art stations to keep you smiling all the way.

THE SLIDE@T3
Laugh, scream and zip down the tallest indoor slide in Singapore, at top speed of up to 6 metres per second!

BUTTERFLY GARDEN
Don’t miss the world’s first Butterfly Garden in an airport, where an indoor waterfall and more than 1,000 free-roaming butterflies soothe and delight the senses.

MOVIE THEATRE
Go to the movies without leaving the airport! You can stretch out, relax and enjoy the latest blockbusters for free at the 24-hours Movie Theatre.

POWDER ROOM
Freshen up in comfort and style, and be treated to a spectacular view of the runway. Perfect before a meeting, or simply to try your new cosmetics from duty-free!

The Ground Transport Desk is a 24-hour counter catered to handle all passengers’ transportation requests and queries. It is located in the Arrival Hall of each terminal.

Transportation options available at the Ground Transport Desk include:

*Estimated wait time for Airport Shuttle takes up to 15 minutes during peak hours (6.00am – 9.00am and 5.00pm – 1.00am) and up to 30 minutes during non-peak hours. The journey to the city centre will take approximately 25 minutes under normal traffic conditions.

Please approach the Ground Transport Desk at the Arrival Halls for bookings or call the hotlines for more information.

Changi Airport was built with ground-transportation considerations in mind from the onset, with the East Coast Parkway built and opened in tandem with the airport, providing a direct link to the city-centre. At a distance of about 20 km (12 mi), the expressway was built almost entirely on reclaimed land; thus, minimising disruptions to the existing road network in Singapore’s East Coast.

While configured in a compact configuration such that the three main passenger terminal buildings are sited adjacent to each other, allowing for travellers to venture between terminals on foot, the Changi Airport Skytrain people-mover system was added to facilitate quicker and more convenient transfers. The system was upgraded in 2007 to Mitsubishi technology, connecting to Terminal 3 and separating checked-in passengers from the general public on distinct tracks.

The Changi Airport Skytrain operates between Terminals 1, 2 and 3, with a total of seven stations. The trains have separate cars for air-side (transit) and land-side (public) passengers. Initially built in the early 1990s as a shuttle between Terminals 1 and 2 using Bombardier Innovia APM 100, the system was revamped to use the Crystal Mover in 2006 and extended to Terminal 3 in 2007. The service is free of charge and operates between 5:30 am and 2:30 am daily.

The airport is connected to the Mass Rapid Transit (MRT) network, with Changi Airport MRT station located underground between Terminal 2 and Terminal 3 and directly accessible from both terminals. A direct, one-train service to the downtown and western parts of Singapore was initially in operation when the station opened on 8 February 2002 (then accessible only via Terminal 2). This was replaced by the current shuttle service between Changi Airport andTanah Merah MRT stations on 22 July 2003,[125] when it was found that few passengers actually use this route, compared to the number of commuters who need to travel from the city to Tampines and Pasir Ris. Cross-platform transfers are therefore necessary at Tanah Merah to connect to the rest of the network.

Buses were one of the main methods of transport for passengers and staff until the opening of Changi Airport station. Services operated by SBS Transit and SMRT Buses uses the bus terminals in the basement level of the three main terminals, making a loop starting from Terminal 3 to Terminals 1, and 2, and back to their destination of origin.

Taxi stands are within the arrival halls of the three main terminals.

More on next page Jetquay the elite terminal and Seletar Airport