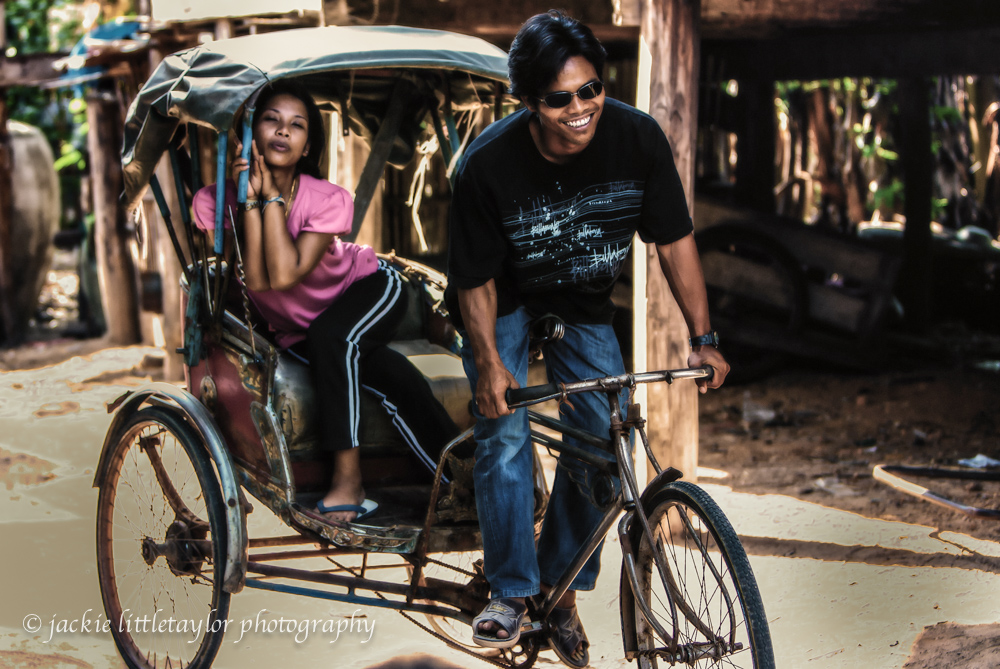 Travel information for your journey in Life SE ASIA

Will cover Airports, Train, Bus, Boat,Ferry, waterways and all the other ways to see beautiful SE ASIA

Wikitravel : Southeast Asia is a collection of related but dissimilar states squeezed between the Indian Ocean and the Pacific Ocean. The area has long been a favorite corner of the world for globe-tramping backpackers, well-known for its perfect beaches, tasty cuisine, low prices, and good air connections. Southeast Asia is one of the world’s most popular tourist destinations, and for a reason. Some of the countries here have it all: a tropical climate, warm (or hot!) all year around, rich culture, gorgeous beaches, wonderful food and last but not least, low prices. While its history and modern-day politics are complex, most of it is also quite safe for the traveller and easy to travel around in.

Most of Southeast Asia’s major languages are not mutually intelligible. English is a traveller’s most useful language overall, although for longer stays in any Southeast Asian country (except Singapore and the Philippines), picking up at least some of the local language is useful, and essential outside the cities. There are also many Chinese in the area, although many Southeast Asian Chinese speak only southern languages like Cantonese or Minnan, and not Mandarin.

Unlike in Africa and South America, with the exception of English and Portuguese, most of the colonial languages are no longer widely spoken, although in recent years, French has been experiencing a revival in Laos, Cambodia, and to a lesser extent, Vietnam. In addition, Spanish has also been experiencing a revival in the Philippines. Nevertheless, English remains the more practical non-native language for tourists in the other nations of the region.

Southeast Asia’s touristy countries (Malaysia, Philippines, Singapore, Thailand) do not require visas from most visitors. Cambodia, Laos, Indonesia and East Timor offer visas on arrival at most points of entry. Vietnam and Myanmar require advance paperwork for most visitors.

Rapidly expanding AirAsia flies out of its Kuala Lumpur hub and getting from one South East Asian city to another is often as easy as booking two separate AirAsia tickets and transiting through their Kuala Lumpur hub. AirAsia also operates several secondary hubs in Jakarta and Bangkok. In addition, budget flights can be booked through the Jetstar and Tiger Airways hub in Singapore so always consider this as another option.

Southeast Asia is a popular destination for round the world cruises, and many of them make several stops in Southeast Asia with the option to go for shore excursions. Popular ports of call include Singapore, Langkawi, Penang, Tioman, Redang, Phuket, Nha Trang, Ha Long Bay, Ho Chi Minh City and Ko Samui. In addition, Star Cruises [2] also operates cruises from Hong Kong and Taiwan to various destinations in Southeast Asia.

With the exception of Malaysia, Philippines, Singapore, Thailand public transportation networks in Southeast Asia tend to be underdeveloped. However, due to reckless driving habits, driving is also usually not for the faint hearted. Most of the time, plane, bus or rail travel tends to be the best way of getting around.

Much of Southeast Asia is now covered by a dense web of discount carriers, making this a fast and affordable way of getting around. Bangkok, Jakarta, Kuala Lumpur and Singapore are the main hubs for discount airlines in the area. The larger multinational discount airlines and most national carriers are respectable, but some of the smaller airlines have questionable safety records, especially on domestic flights using older planes — do some research before you buy.

Services along the main Jakarta-Singapore-Kuala Lumpur-Bangkok business corridor are extremely frequent, with frequencies almost like a bus service in the daytime, meaning that competition is stiff and prices are low if you book in advance.

Thailand has the most extensive network, with relatively frequent and economical (albeit slow, compared to most buses) and generally reliable services. The main lines from Bangkok are north to Chiang Mai; north-east via Nakhon Ratchasima (Khorat) to Nong Khaiand also east to Ubon Ratchathani; east via Chachoengsao to Aranyaprathet and also south-east via Pattaya to Sattahip; and south via Surat Thani (province) to Ko Samui, Ko Pha Ngan, Ko Tao and Hat Yai, through Malaysia via Butterworth, Kuala Lumpur, and Johor Bahru, to Singapore.

The networks in Indonesia and Myanmar are more limited and decrepit and perhaps best experienced for their nostalgic value.

Cambodia’s railways were badly hit by the civil war and have been going downhill ever since. The only remaining passenger service connects the capital Phnom Penh with the next-largest town Battambang, and takes longer to arrive than a reasonably determined cyclist. It is no longer possible to transit all the way through Cambodia to Thailand by rail.

International ferry links are surprisingly limited, but it’s possible to cross over from Malaysia to Sumatra (Indonesia) and from Singapore to the Riau Islands (Indonesia) and Johor (Malaysia). Star Cruises [3] also operates a fleet of cruise ferries between Singapore, Malaysia and Thailand, occasionally venturing as far as Cambodia, Vietnam and even Hong Kong.

Domestic passenger ferries link various islands in Southeast Asia, particularly in Indonesia and the Philippines, but safety regulations are often ignored, boats often overloaded, and sinkings are not uncommon. Be sure to inspect the boat before you agree to get on, and avoid boats that look overcrowded or too run down.

Getting around continental Southeast Asia as well as intra-island travel in the various islands of Southeast Asia by car is possible, but definitely not for the faint hearted. While you can drive yourself around Singapore, Malaysia and Brunei without any major problems after giving yourself some time to get used to the relative lack of road courtesy, traffic conditions elsewhere range from just bad to total chaos. As such, it is advisable to rent a car with a driver, and not try to drive yourself around.

Traffic moves on the left in Indonesia, Malaysia, Thailand, Brunei, East Timor and Singapore, and moves on the right elsewhere.