I learned about the school and the need when a friend ask me to join her to go to Pak Ping Church in Phang-Nga Thailand.  Located just north of Phuket Island. She was giving the sermon that morning. If you are at Khao Lak for a holiday , they speak english so a friendly place for tourist.

But today I want to write about Khao Lak Christian Bilingual School Project which Pak Ping Church is building.  Their goal and the need for the school.

We support this project. Please donate if possible and share the information.

There is a preschool there now but in process of building a primary English language school. 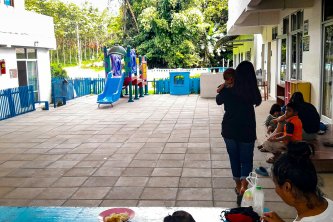 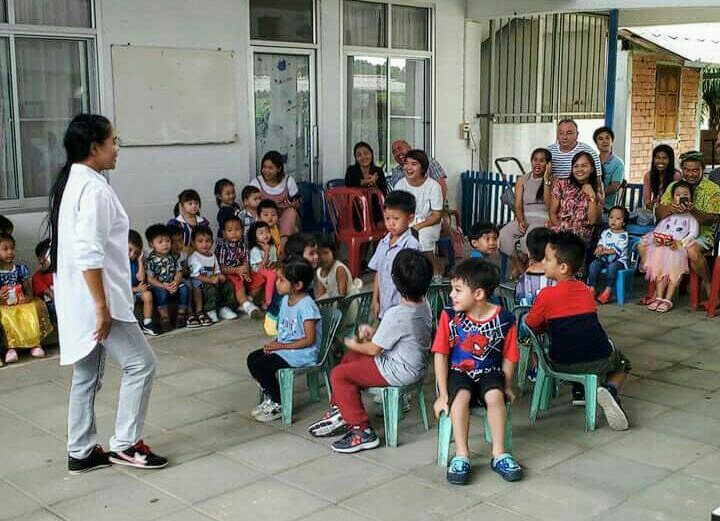 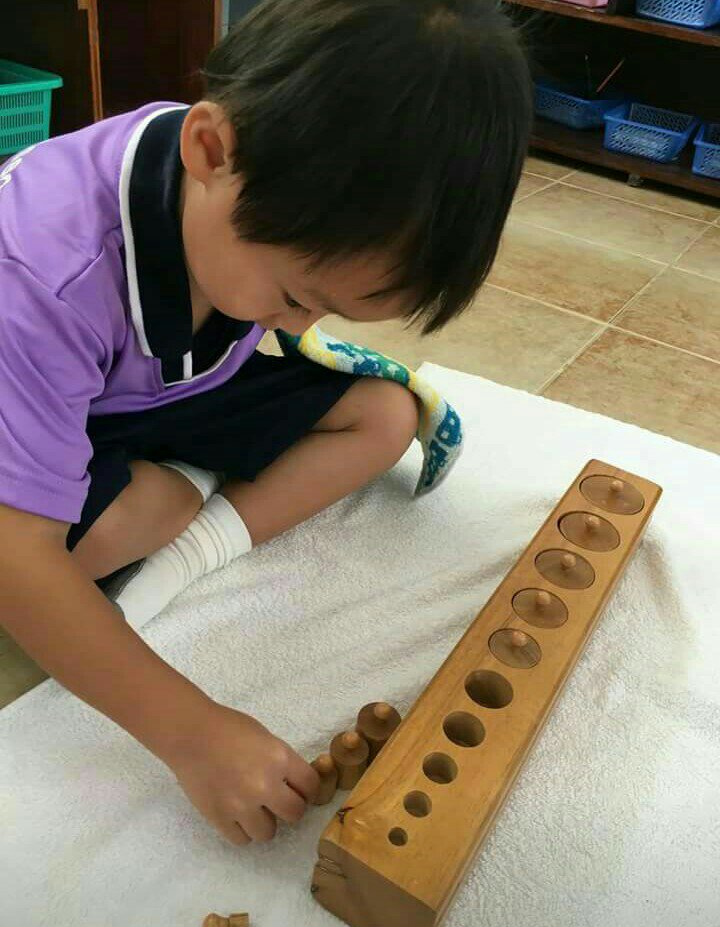 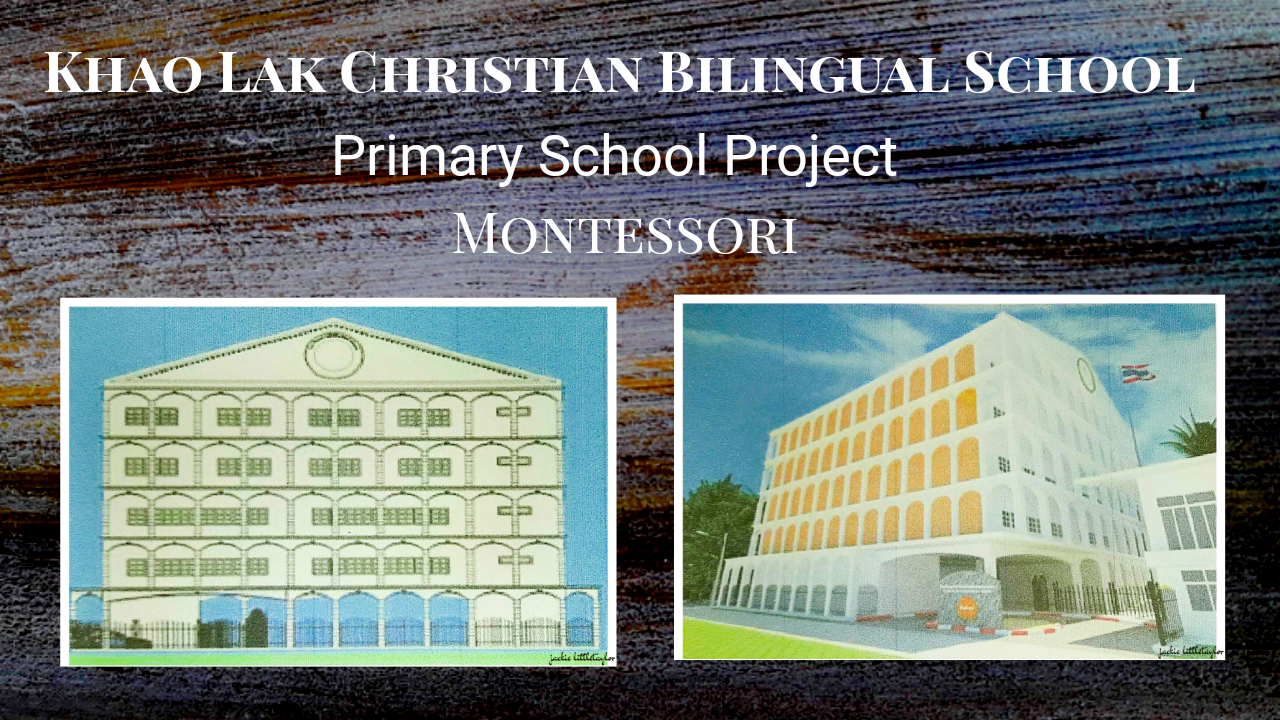 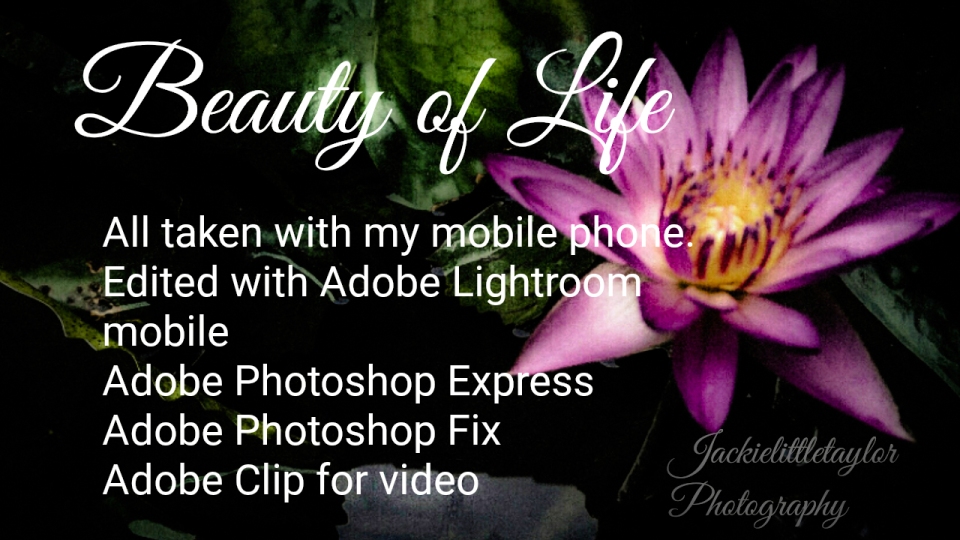 The church in a small town 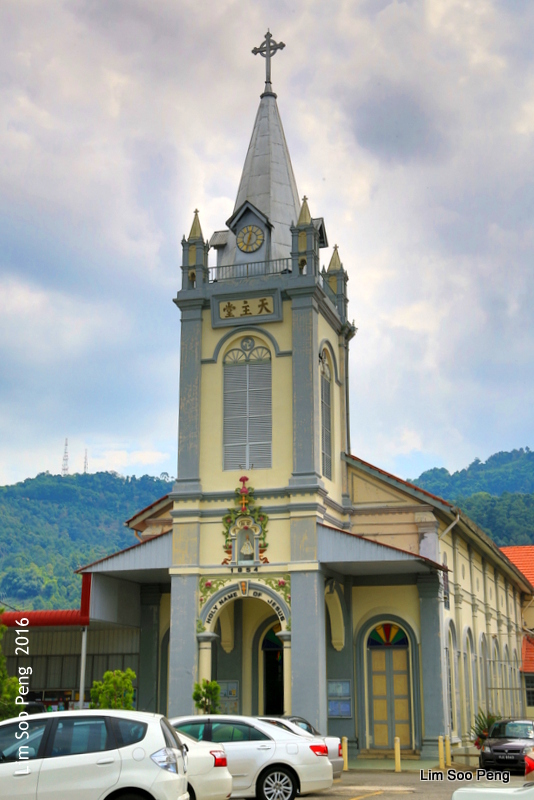 The church in a small town of Balik Pulau, Penang

Though Malaysia has Islam as the Official Religion of the country, the non-Muslim section of the Malaysian population also practise other religions like Christianity, Hinduism. Buddhism, Taoism, Sikhism and others. I am a Buddhist who also observe Taoist rituals and prayers due to traditional ancestral belief.

Balik Pulau (literally meaning “back of the island” in Malay) is a town in Southwestern part of Penang Island, Malaysia. The town is most famous for natural local agricultural produce like Durians and Nutmegs. A visit to the town will be incomplete if there is no visit to the wet market and food court for the food like laksa, pasembur, and nutmeg juice.
However, Monday is not a good day to visit this town for my recent trip here as most stalls selling pickled fruits, fish fritters, spicy potato chips, belachan, and local procusts…

TayNinh – Peaceful Countryside by Richard Do

Tây Ninh, Vietnam is a provincial city in southwestern Vietnam. It is the capital of Tây Ninh Province, which encompasses the town and much of the surrounding farmland. Tây Ninh is approximately 90 km to the northwest of Ho Chi Minh City, Vietnam’s largest city. As of 2013, the city had a population of 153,537, and a total area of 140 km².

The city is most famous for being the home of the Cao Ðài religion, an indigenous Vietnamese faith that includes the teachings of the major world religions. The Cao Ðài religion’s Holy See, built between 1933 and 1955, is located around 5 km to the east of Tây Ninh’s city centre. 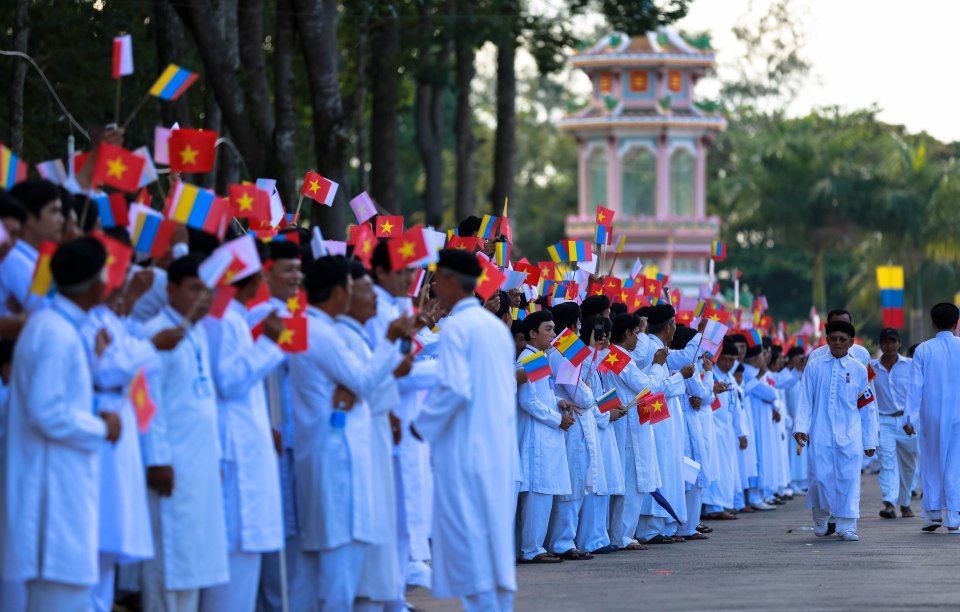 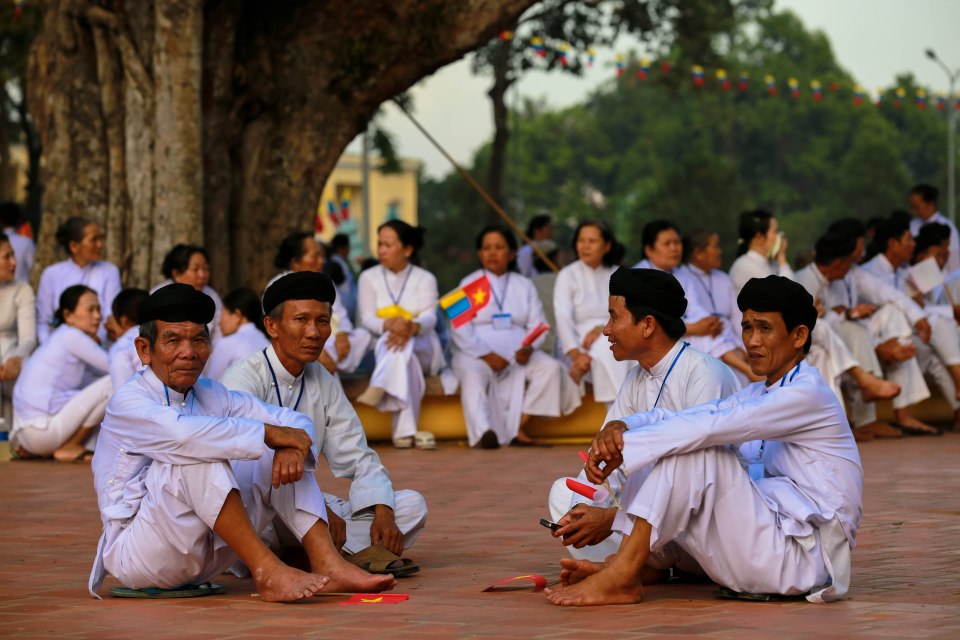 There are 3 ways to conquer peaks, one is conquered by road with more than a thousand stairs, two are suspended in the air in the cabin cable car; finally chased the two-dimensional system tray closed. Each plan brings different experiences, but to save time, effort and increase the adventure, the cable car or slide system is the optimal choice.

In addition to Ba Den Mountain, you can combine sightseeing Tay Ninh Holy See, Dau Tieng or shopping at Longhua.

Long Hoa Market is the largest street market in Tay Ninh province, Vietnam. Market is located in Hoa Thanh district, Tay Ninh Holy See how the movement’s approximately 1 km.
Due Caodaists from across the province flocked to the Cao Dai Holy Land as growing up now, so November 12th year of Dragon (dl December 28, 1952) Pham Cong Tac Dharmapala to start work Long Hoa market building placement and his drawings to Caodaists where traders do business.
Long Hoa Market has a cross-shaped cage on a square plot of land, surrounded by eight gates, facing the road 8, which means: Dual Nghi being thought, turning Bagua. From the plane looking down on Longhua market, we will see like a Bagua map. According to the movement’s ideology, the soul feet before the plane through the floor Elves common to Bagua to subtract the adversity and sliding gas and Long States Congress to consider the merits see which style the Elves.

Tay Ninh terrain is relatively flat, very convenient for the comprehensive development of agriculture, industry and construction. The topography is characterized by a moderate plateau, both appearance, shades of the plains. The climate is relatively temperate Xining, is divided into two rainy season and dry season. The dry season lasts from December last year to April next year, the rainy season starts from May to November. The temperature is relatively stable, with annual average temperature is 26 – 270C and little change, the average annual rainfall of 1800-2200 mm. On the other hand, Xining is located inland, high terrain hide behind the Truong Son, so little affected by the hurricane and the other favorable factors. With the advantages that are favorable conditions for the development of diversified agriculture, especially fruit trees, crops, medicinal plants and livestock.

Tay Ninh has the potential abundance of land, 96% of land on favorable for crop development types, from plant to plant industrial water short and long term, assorted fruit trees. Tay Ninh land can be divided into five major groups of land with 15 different soil types. In it, the group accounts for over 84% gray soil, while the most important resources for agricultural development. In addition, the group also accounted for 6.3% alkaline soil, lawn soil gold accounted for 1.7%, and accounted for 0.44% of alluvial soil, peat soils accounted for 0.26% of the total area. Forest land occupies more than 10% of the natural area.

Tay Ninh Dau Tieng help the ecological balance, for irrigation in agriculture, water supply for aquaculture, Consumption and production industry. Groundwater resources in Xining widely distributed in the area, ensuring the quality of production and life of the people.

Saint Joseph’s Church is in Sum Phao Lom, Mueng District in Ayutthaya Thailand, is located in the south of Phranakhon Si Ayutthaya City Island on the Chao Phraya River. It was built during the reign of King Narai in 1666 by Bishop Lambert de la Motte and the other two priests. 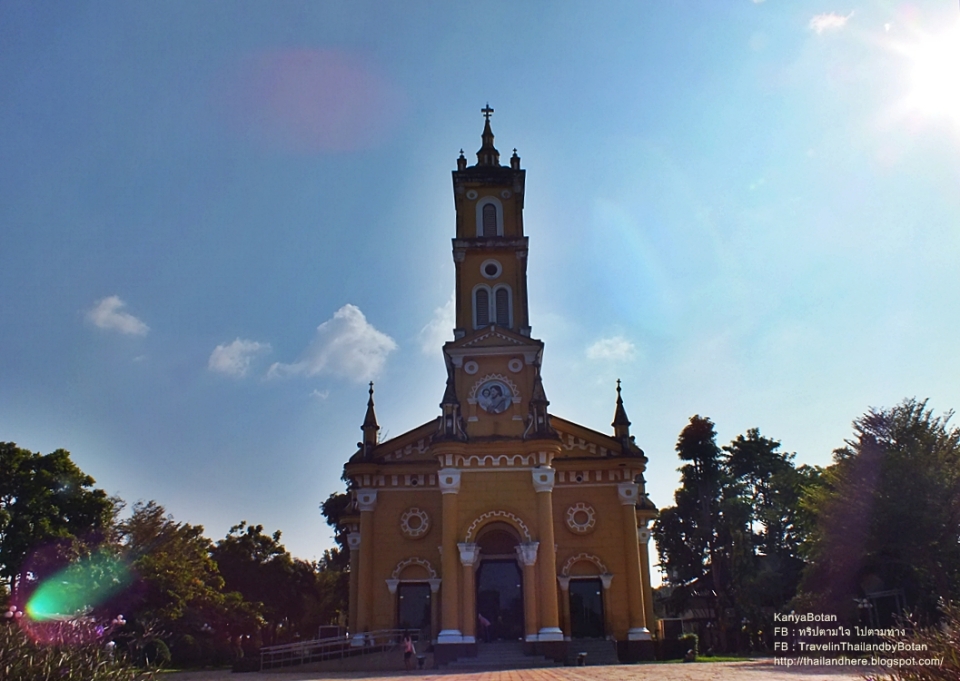 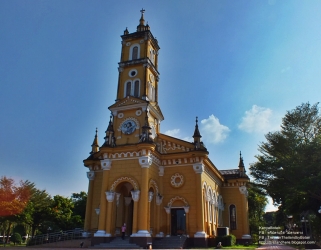 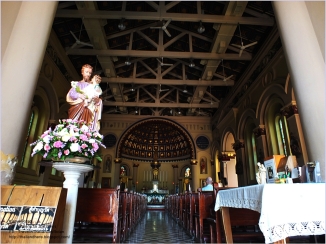 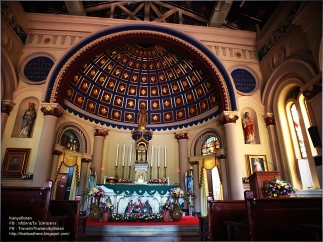 King Narai gave the piece of land to the church and also the materials including wood and bricks, and a big church was built with 120 feet (about 36.5 meters) long with two towers in the front. 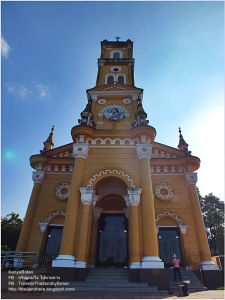 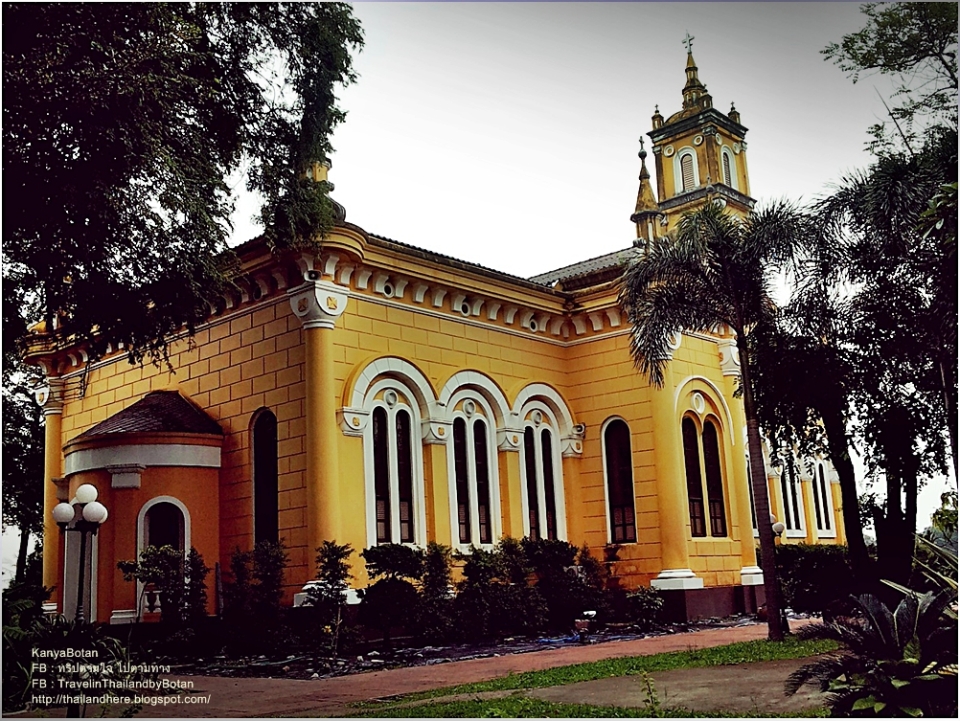 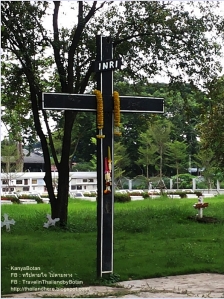 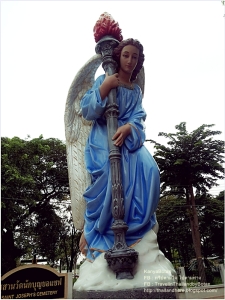 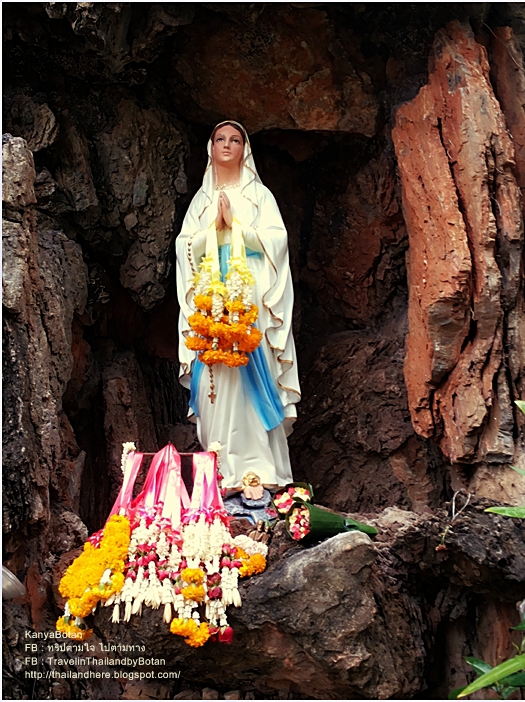 Map on where  click HERE for a larger map