Koh Samui Airport, USM, is frequently described by visitors as ‘the most beautiful airport in the world’, the award-winning airport proves that it is possible to be both environmentally friendly and aesthetically pleasing.

We will now guide you, with a series of photos, from your arrival to Koh Samui airport, to the check-in, the stroll or transport through the outdoor shopping mall, the departure lounge, the grounds, to the plane and your departure. 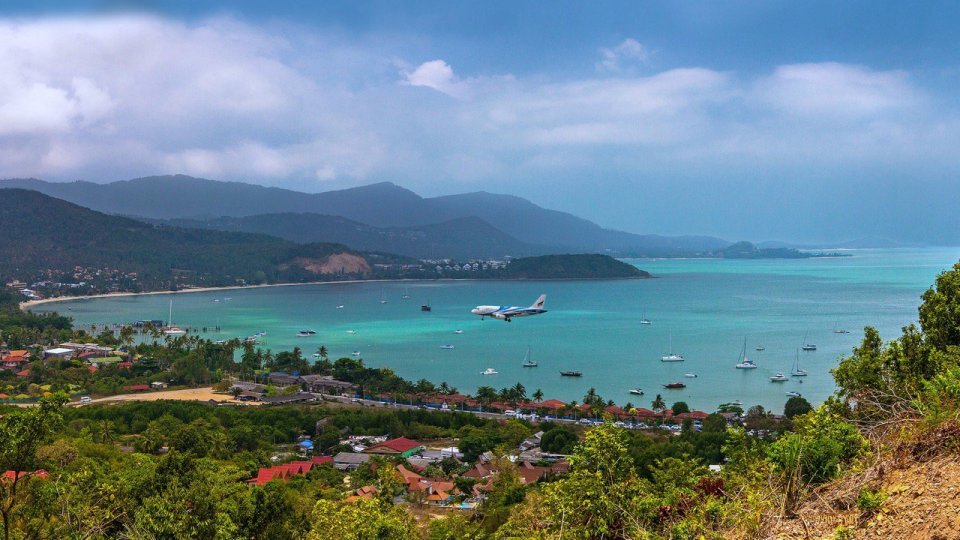