Circus Problems and the Colonizer-Colonized Convergence in Late Colonial Burma

I recently came across some images from the 1930s that were advertising “giraffe-necked women.” Apparently in the 1930s there were Padaung women from Burma who were put on display at various circuses in Europe and America. 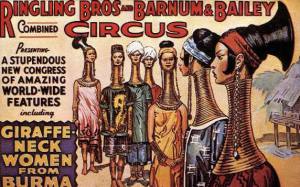 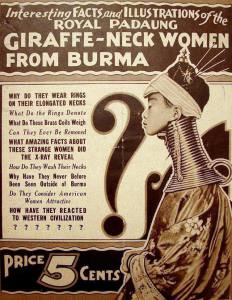 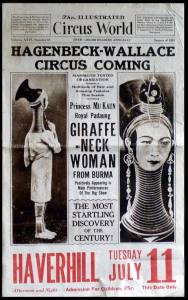 In 1937 the Burmese Women’s League passed a resolution that condemned British newspapers for carrying advertisements for the Bertram Mills Circus that featured the Padaung women.

What upset the Burmese Women’s League was not what would upset many people today; that the Padaung women were being put on display like zoo animals, but that these advertisements referred to the Paduang as “Burmese.” 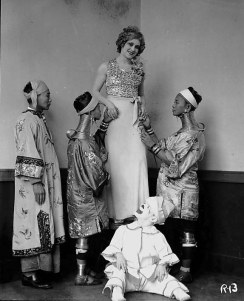 The members of the Burmese Women’s League felt that by referring to the Padaung as “Burmese,” British newspapers were lowering the prestige of Burmese women.