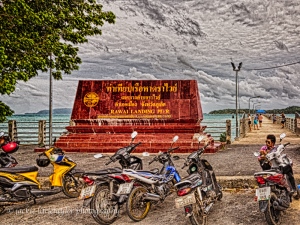 Rawai is located at the southern tip of Phuket. It is much less touristy than nearby Kata and Patong beaches and an excellent place to experience some real Thai culture. This palm-fringed beach is best known for sea gypsies, a formerly nomadic fishing minority believed to be of Melanesian descent.

Phuket Sea Shell Museum (พิพิธภัณฑ์เปลือกหอยภูเก็ต). The emphasis is on shells from Thai waters, which are among the most sought-after by collectors, however shells from every part of the world are featured. There are numerous rarities and freaks including the world’s largest golden pearl (140 karats), large sections of sedimentary rock containing shell fossils, and a shell that weighs 250 kilograms. The museum is open daily from 08:00 till 17:30. Admission is 200 baht for adults and 100 baht for children. Tel: 0 7661 3666, 0 7661 3777, 0 7661 3678

Laem Ka (หาดแหลมกา) Just south of the Phuket Island Resort Hotel and north of Rawai Beach is a small rocky bay, popular with Thais at the weekend.

Ko Kaeo (เกาะแก้ว) Ko Kaeo is an offshore isle about 3 kilometres out from Rawai beach and can be reached in 30 minutes by boat. It offers picturesque beaches and underwater scenery. There is also a replica of the Holy Footprint on the island.

To do: Rawai Beach itself is only used to moor fishing boats, long tail boats and speed boats, used for snorkeling and sightseeing trips to Phuket’s neighboring islands. In mid-2007 the new pier opened. It is not used for boats, but makes a nice walking/fishing pier.

There is a Sea Gypsy Village just north of the pier with shops and longtail boats for rent, and lots of seafood restaurants on the waterfront. This is where Phuket Town comes on the weekend for a beach party. There are a few popular cocktail bars on the beach for a limited but fun night life.

To the left of the pier, go to the market where the local Thais shop. To the right is the tourist area, bars, cafe, massage and shops. To see all my Rawai Fine Art Collection  and a Map

coming from Phuket Town and Chalong when you reach the end of the road at the pier there are some shops to the left. 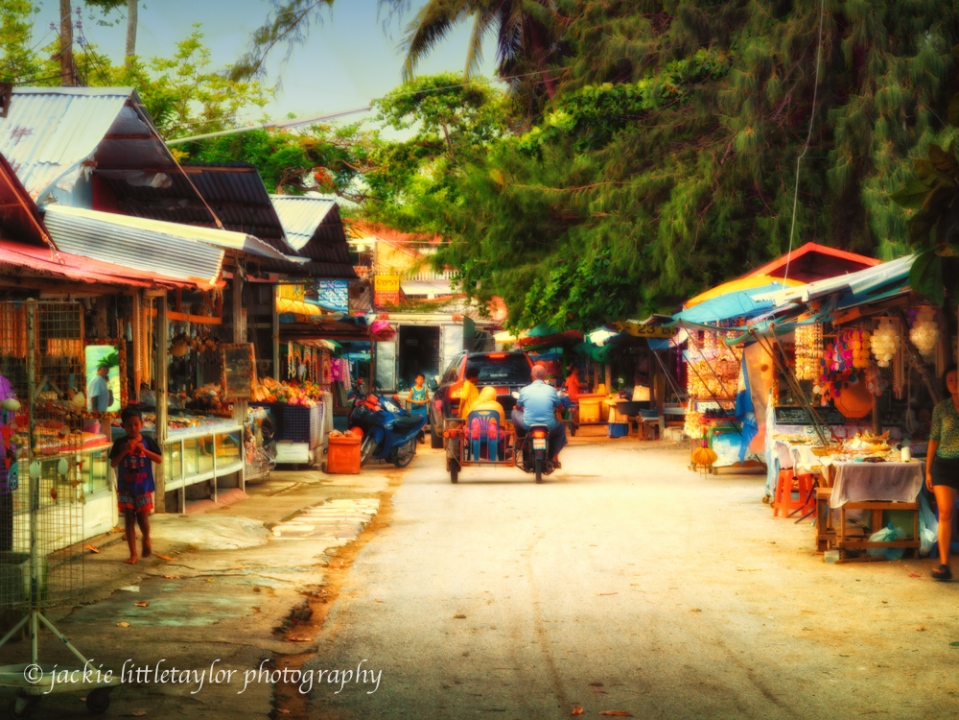 But the main part of Rawai is to the right.  Lot of nice places to eat, bars, massage and resorts.  Rawai beach is not a swimming beach. 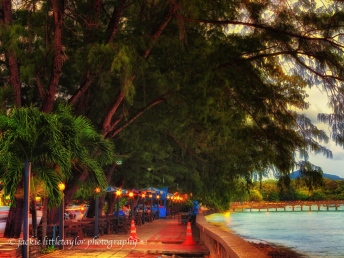 cafe along the water under trees evening sunset impression 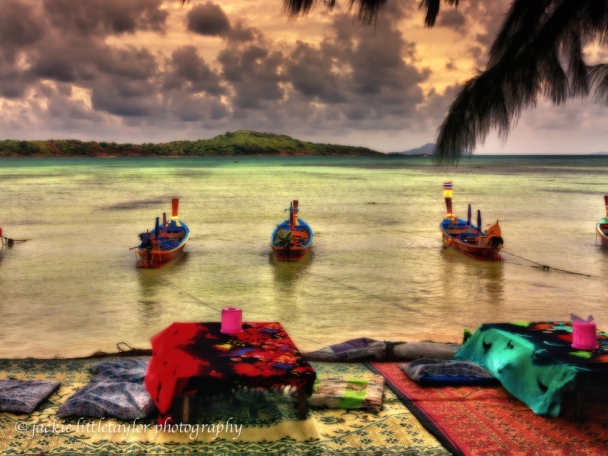 eating tables under tree along the water strong color impression 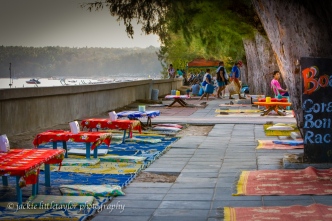 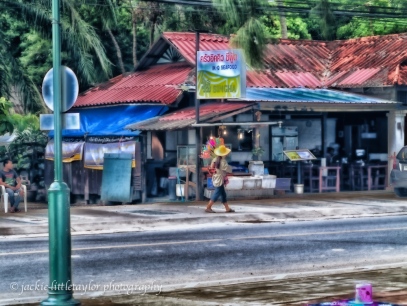 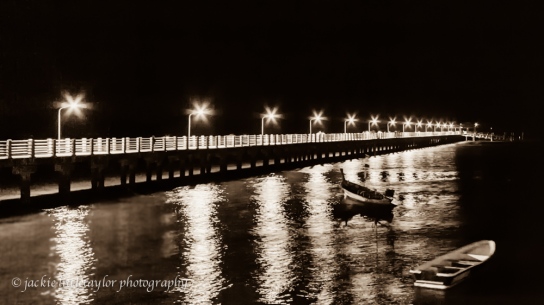 Posted on October 9, 2014 by Life in SE ASIA a Daily Magazine